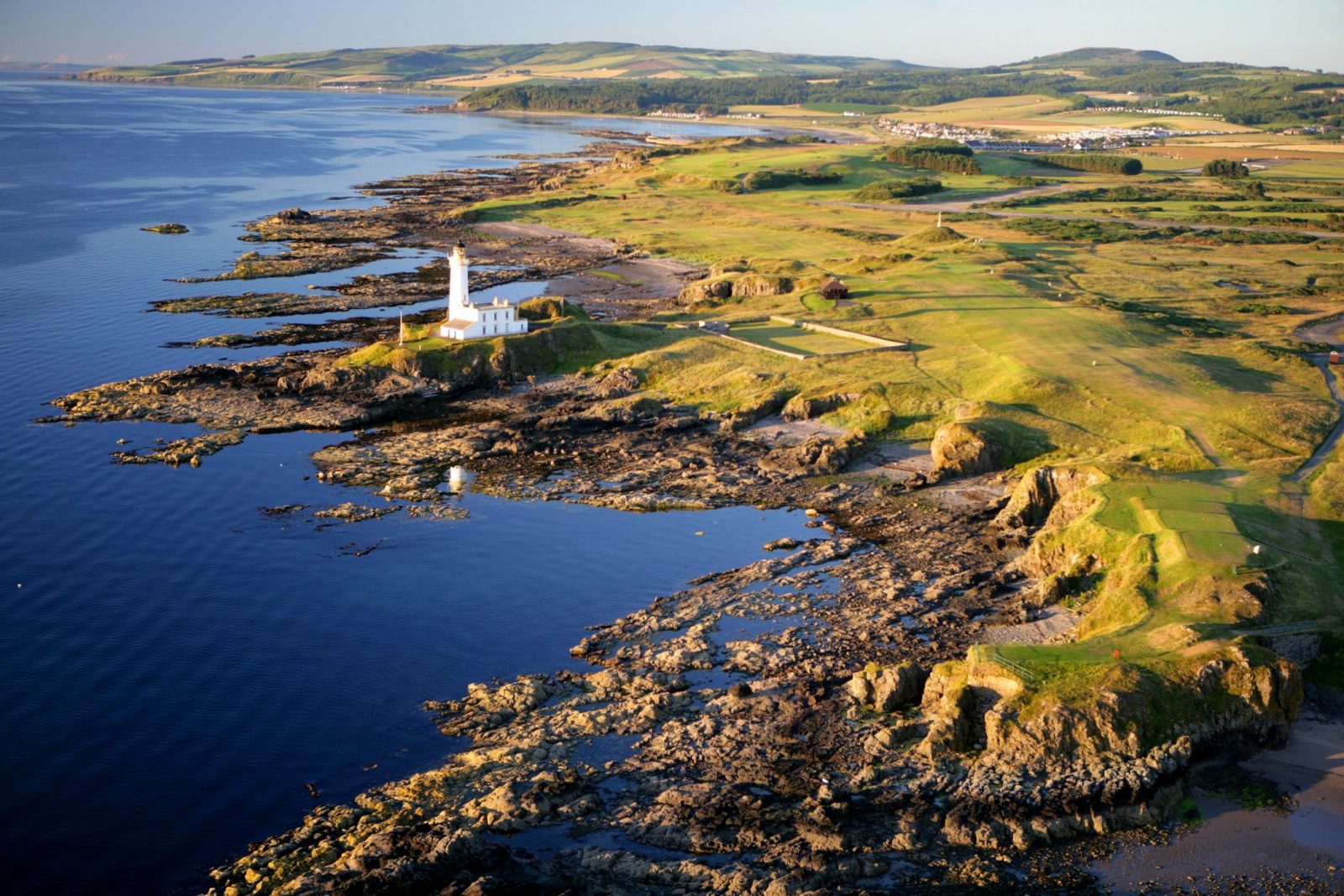 Scotland golf dates back to the 15th Century and today Scotland is one of the most famous and admired golf destinations in the world. The R&A takes its name from the Royal and Ancient Golf Club of St. Andrews Scotland which is the governing body for European golf.

Scotland golf superiority is coupled with a plethora of splendid accommodations, breathtaking scenery and a warm welcome. The most famous drink from Scotland is Scottish whisky or Scotch. Tourists can choose from over 125 active distilleries to visit, all producing their own distinctive taste. Sophisticated Golfer can help you build a custom Scotland golf vacation package.

Scotland’s east coast is absolutely the most popular golfing region headed by the famous Old Course at St. Andrews. 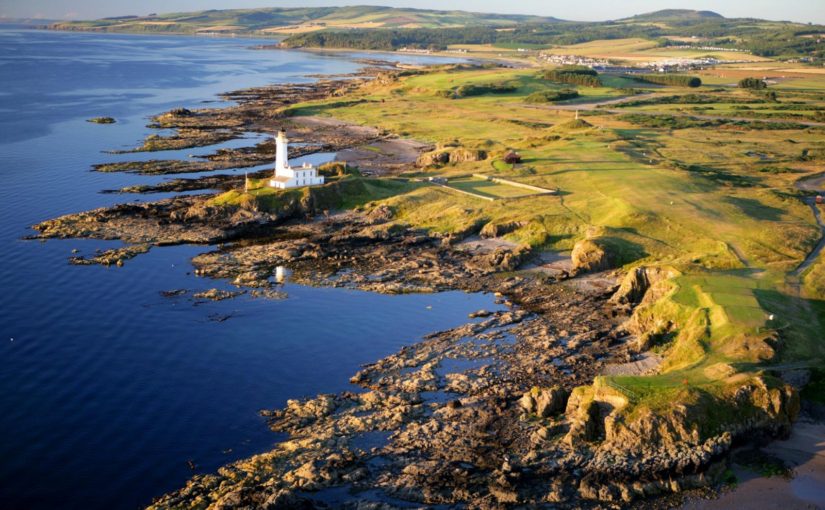 Southwestern Scotland boasts Turnberry one of the premier golf resorts in the UK. Turnberry golf resort is located in over 800 acres of stunning countryside and offers spectacular views overlooking both the Ailsa and Arran golf courses, 35 minutes from Prestwick Airport, an hour from Glasgow Airport and 2 hours from the city of Edinburgh. Turnberry offers untamed landscape and unspoiled coastline conspire with luxurious surroundings, superb service and excellent facilities. 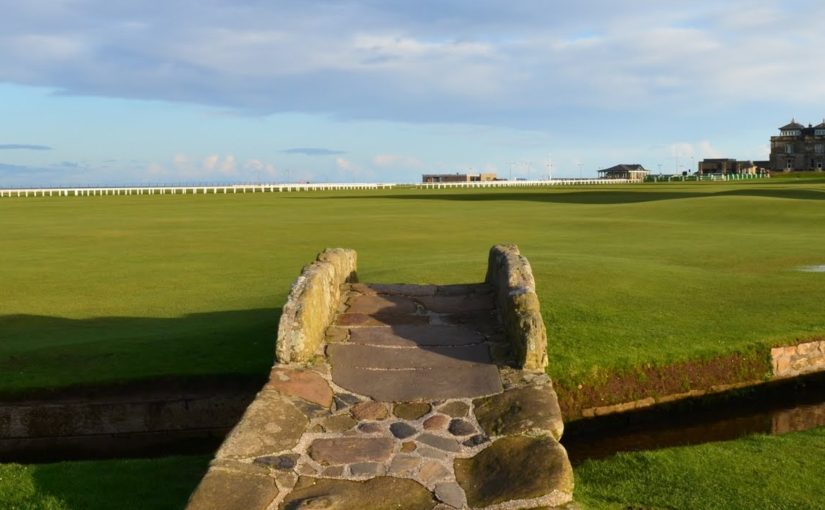 Scotland’s east coast is absolutely the most popular golfing region headed by the famous Old Course at St. Andrews, Carnoustie, plus Kingsbarns. Golf Courses on the East Coast of Scotland include; St. Andrews Old and New Course, St. Andrews Castle Course, Carnoustie, Kingsbarns plus the Torrance and Kittocks Course. 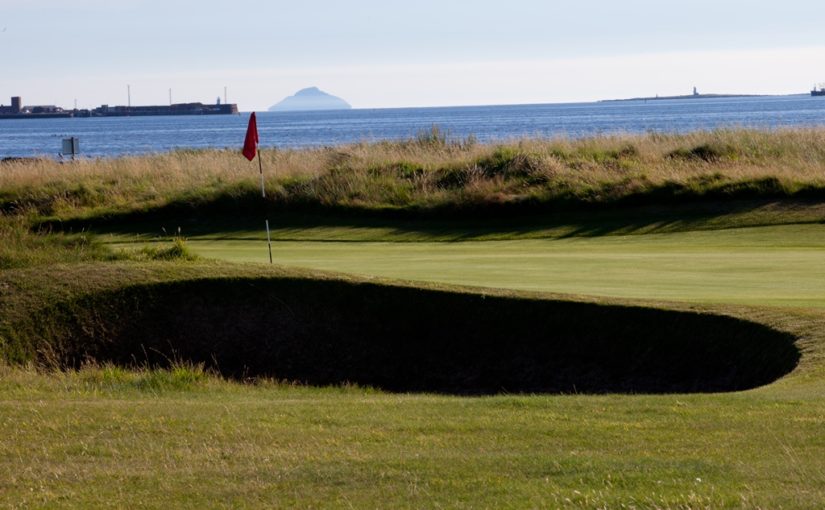 Western Gails is one of the finest natural links courses in Western Scotland, Western Gailes can be said to have most of the good things of golf. While the course is rather short in length, its layout is extremely inventive and the novelty of each of the holes requires a great deal of skill and accuracy. The course was founded in 1897. 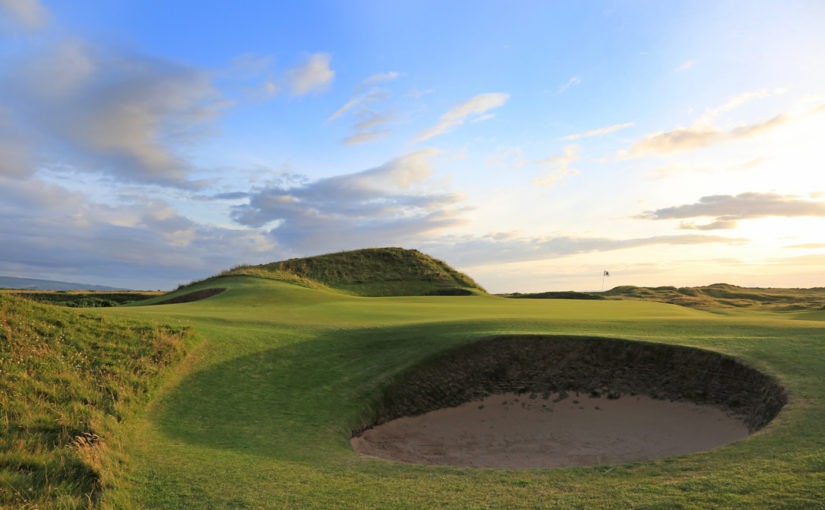 Host to its first British Open in 1923, this course hosted the event again in 1997. Royal Troon is the home of both the longest hole in British Open golf, the 6th at 577 yards and the shortest – the Postage Stamp 8th which measures only 126 yards. The course was founded in 1878. 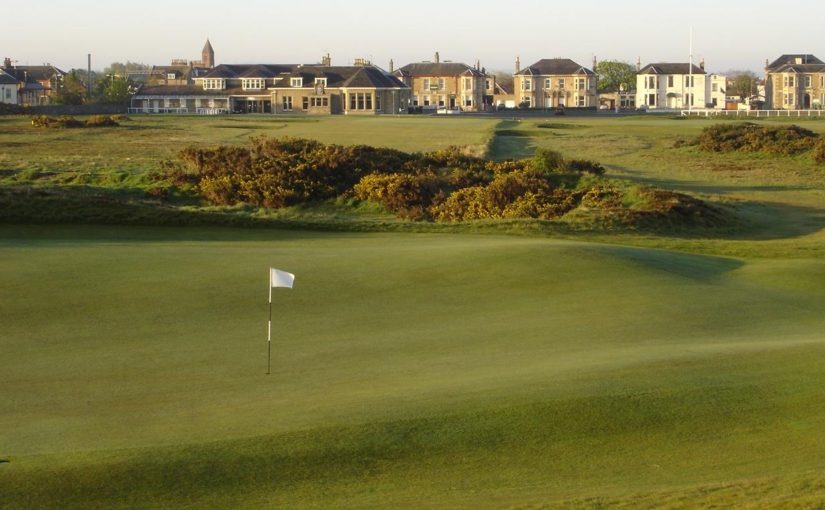 Prestwick was the birthplace of the British Open in 1860 and has played host to the championship challenge 24 times. A great test of skill, this historic course still retains seven of its original greens and features several humps and hillocks, blind shots, and deep bunkers. The course was founded in 1851.

Resort’s Ailsa & Kintyre Courses. The Ailsa Course is consistently rated within the world's best. An Open championship course four times over, The Ailsa provides one of the world's great golfing experiences that will make an ideal golf break at the world famous Turnberry. 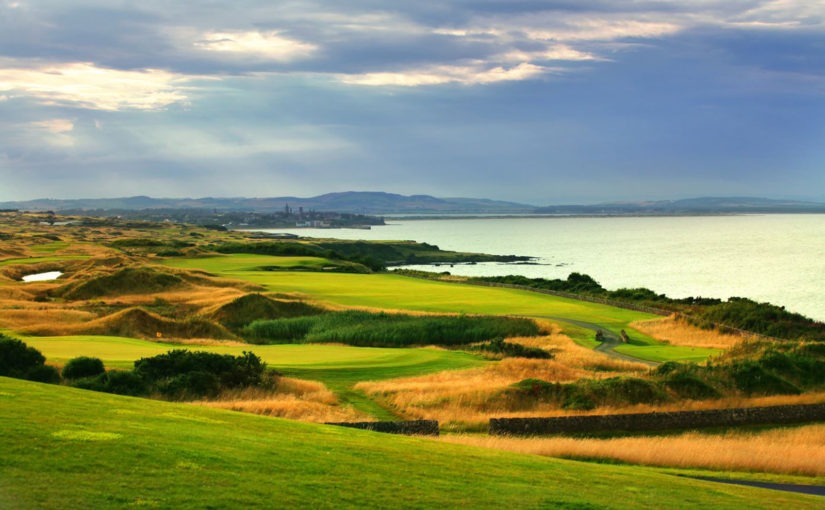 The Torrance at the Fairmont St Andrews opened in 2001 and was designed by former Ryder Cup captain Sam Torrance. The Torrance Course offers Scottish style links golf at its very best. The course features revetted bunkers, dry stone walling and cliff top putting greens. The panorama from the course is quite simply astounding, with views over St. Andrews Bay to Carnoustie and the Grampian Mountains. The course is located at the Fairmont St Andrews Resort. 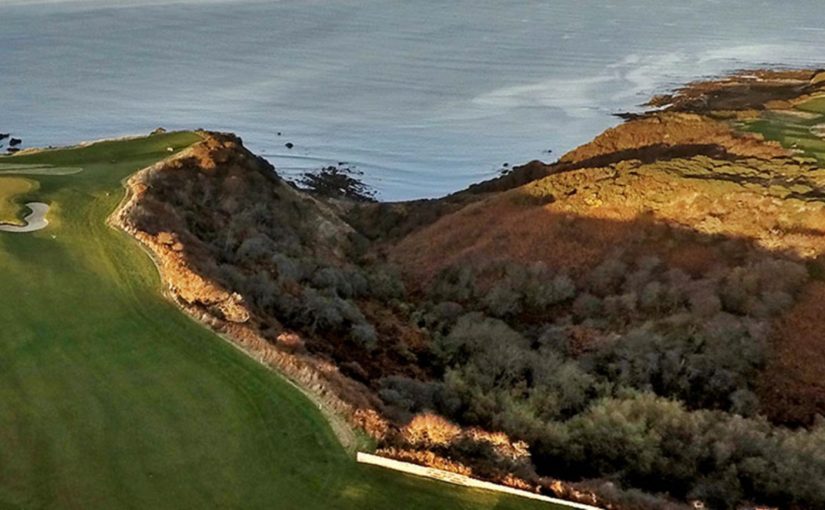 Designed by Bruce Devlin and boasts spectacular views over the North Sea, along the rugged Scottish coastline and the unmistakable skyline of the medieval town of St. Andrews. The final stretch of holes represents one of the most exacting finishes anywhere in Scotland. The course is located at the Fairmont St Andrews Resort. 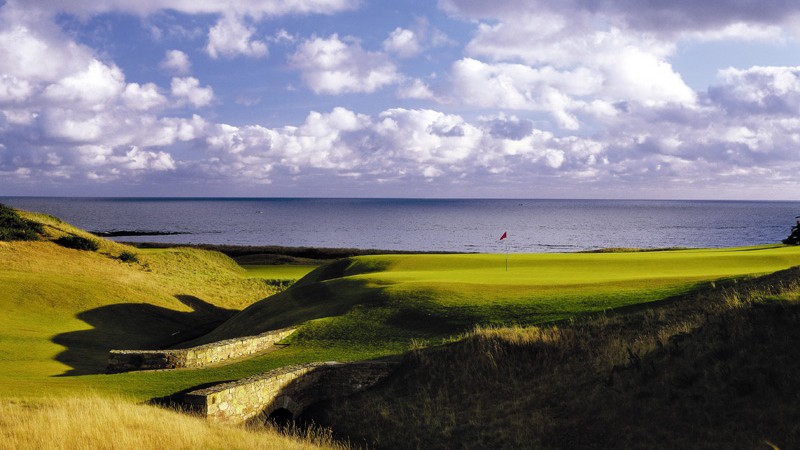 Kingsbarns is 6 miles from St. Andrews and sweeps majestically along the sea near the charming village of Kingsbarns. The sea figures prominently on every hole at Kingsbarns Golf Links. The links offer spacious fairways, rolling and twisting through dune ridges and hollows with large greens. True links turf and accommodating contours that embrace the tradition of the running shot under the wind. 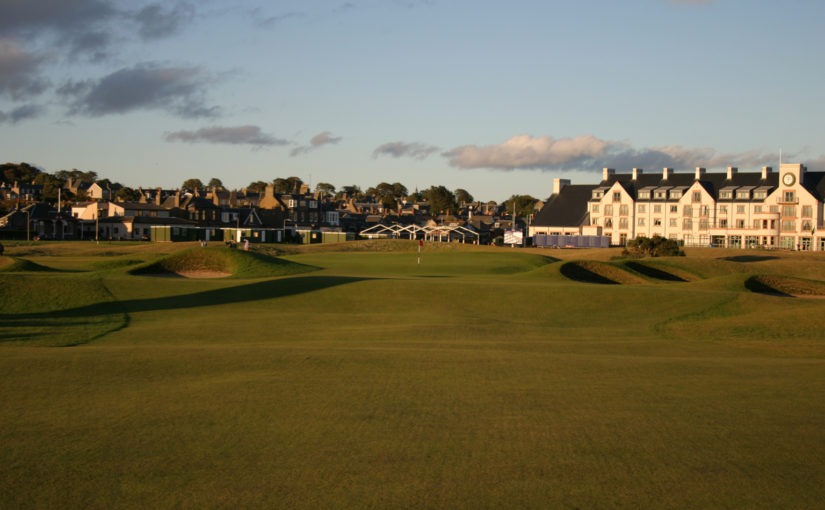 Carnoustie championship course has developed into one of the world’s finest tests of golf, a course used as the venue for 7 British Opens. Historians agree that for more than 500 years golf has been played over the land at Carnoustie. The first real golf course at Carnoustie was laid out in the early 1830s. But it was Alan Robertson of St Andrews who, in 1850, designed the basics of the course and Old Tom Morris redesigned and extended it to 18 holes in the early 1870s. 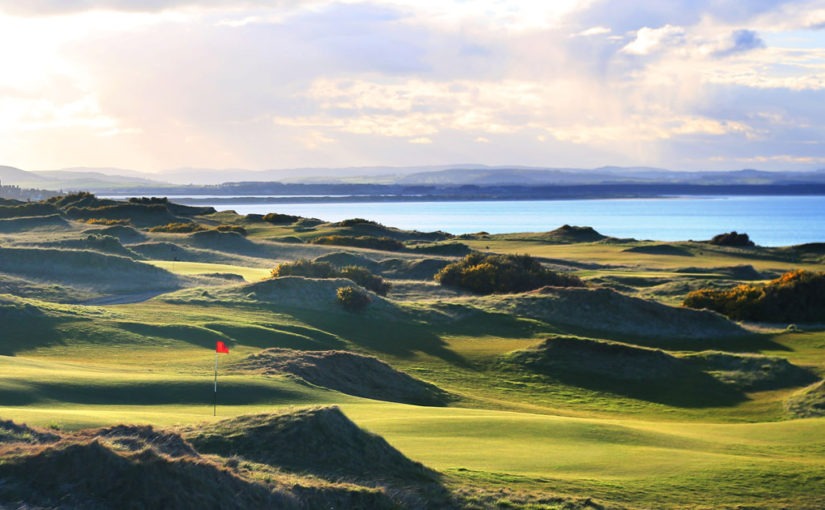 The Castle Course is the 7th course at the Home of Golf. Set on a rugged cliffline overlooking the ancient town of St Andrews, the course combines breathtaking views with a memorable golfing challenge. Designed by David Kidd, The Castle Course was included within the prestigious Golf Digest Top 100 rankings almost immediately after opening. The course was opened for play in 2008.

The Old Course is the oldest course in the world and was first played 600 years ago yet today it remains a true test of championship golf hosting multiple British Open Championships. Despite its reputation and status, it is still a public course and closed on Sundays. St. Andrews New Course was built in 1895 as a response to increasing demand for golf at St Andrews, both from locals and from the visitors who were flocking to the town in increasing numbers on the recently constructed railway. The New and Old are classic links which uses the natural features of the land. The courses have traditional out and back layout, with the 18th green just to the right of the first tee. 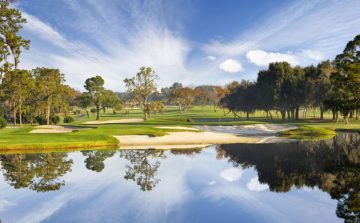 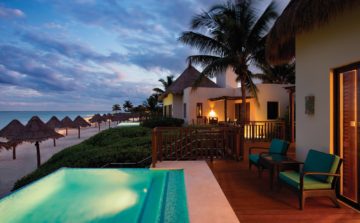 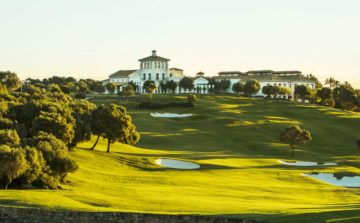 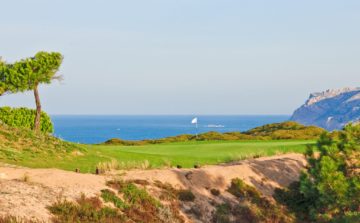 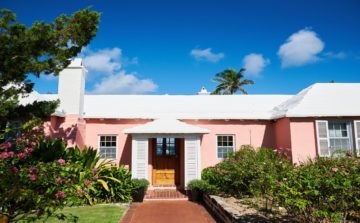 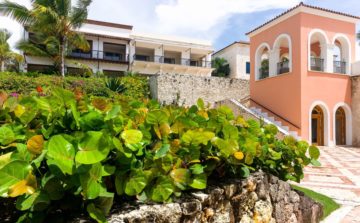 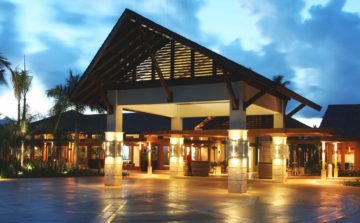 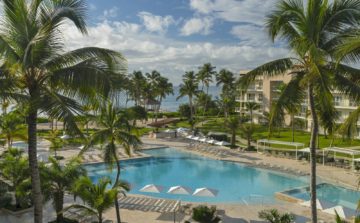